In Zons we have always been masters of the art of living.
After all, this spot on the banks of the Rhine has enjoyed privileges for hundreds of years – as have its inhabitants. The former customs fortress of Zons collected tolls from the boatmen on the river, from which an appreciable portion flowed into the grand design of the town centre and its gates, as well as into building the impressive town houses. As early as 1373 Zons was raised to the rank of a town, highlighting its importance at the time.

The structural fabric has remained remarkably intact, despite being destroyed every so often, despite many wars, sieges and plagues in the Middle Ages and modern times. With its town centre dating in part from the Middle Ages, Zons nowadays is one of the most important places of interest on the Lower Rhine. The town, which is officially part of Dormagen, is worth a visit at any time of year. Anyone entering Zons by one of its two gates, the Rheintor, will see the Zum Volksgarten restaurant straight across from the gate, along with the adjacent 4-start Schloss Friedestrom hotel. 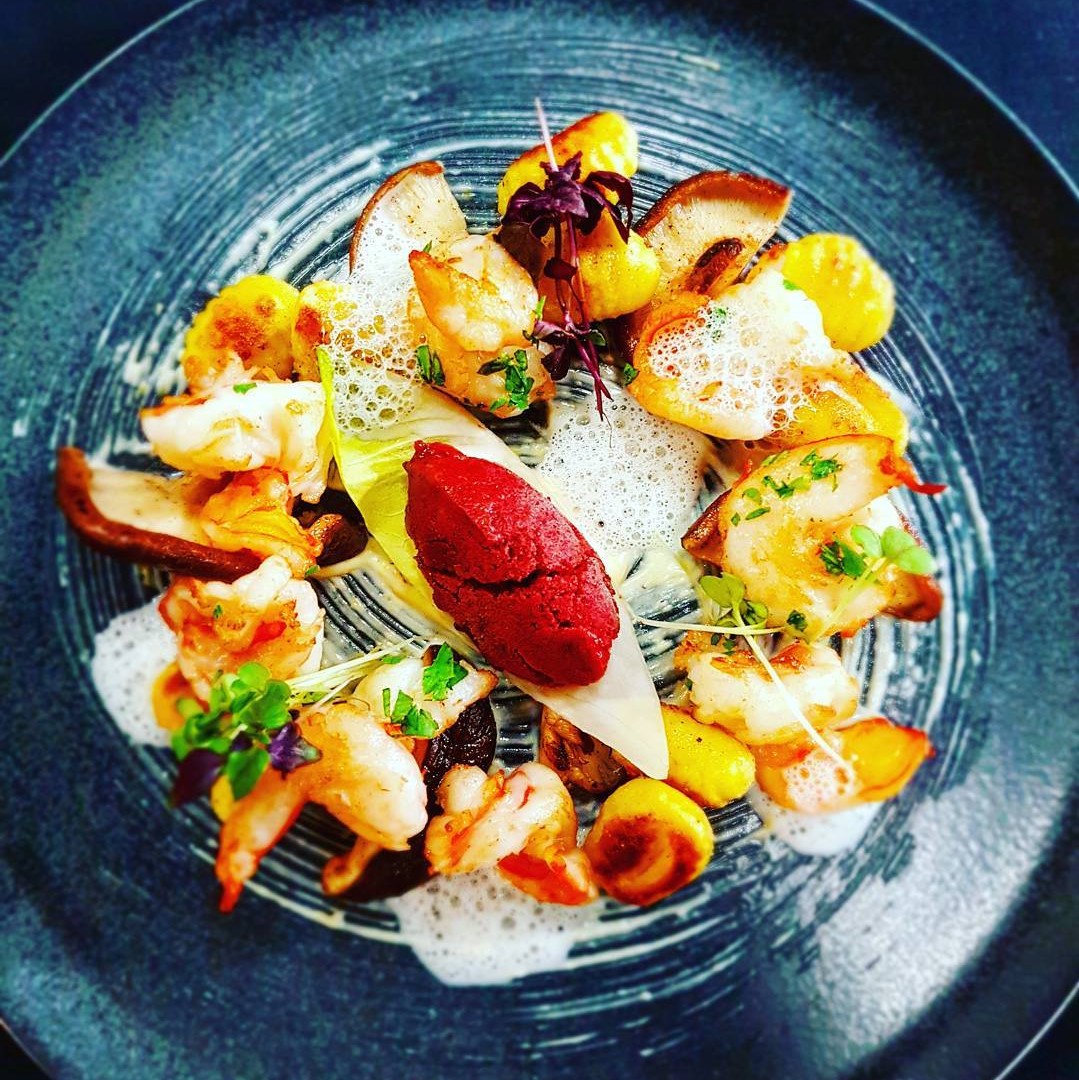 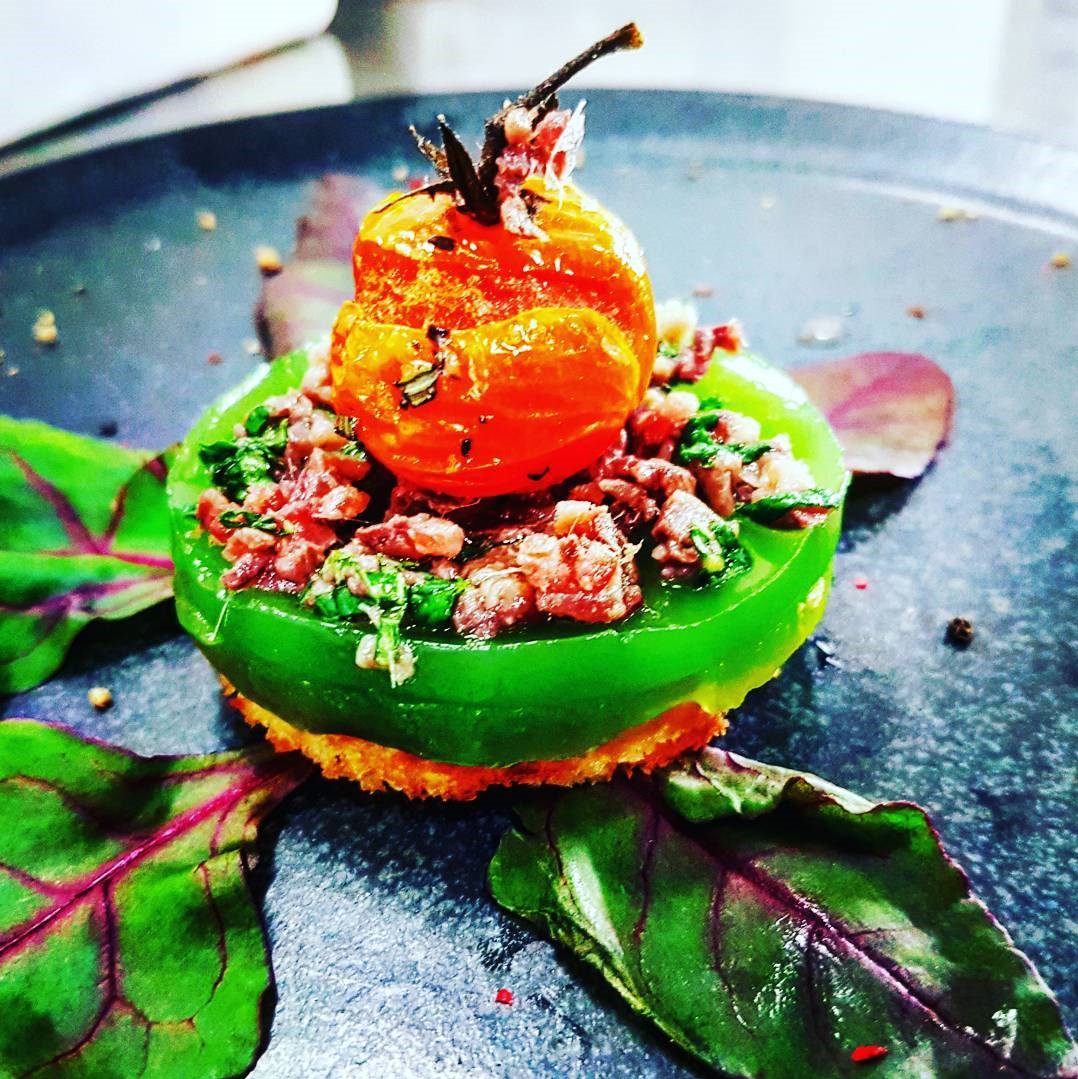 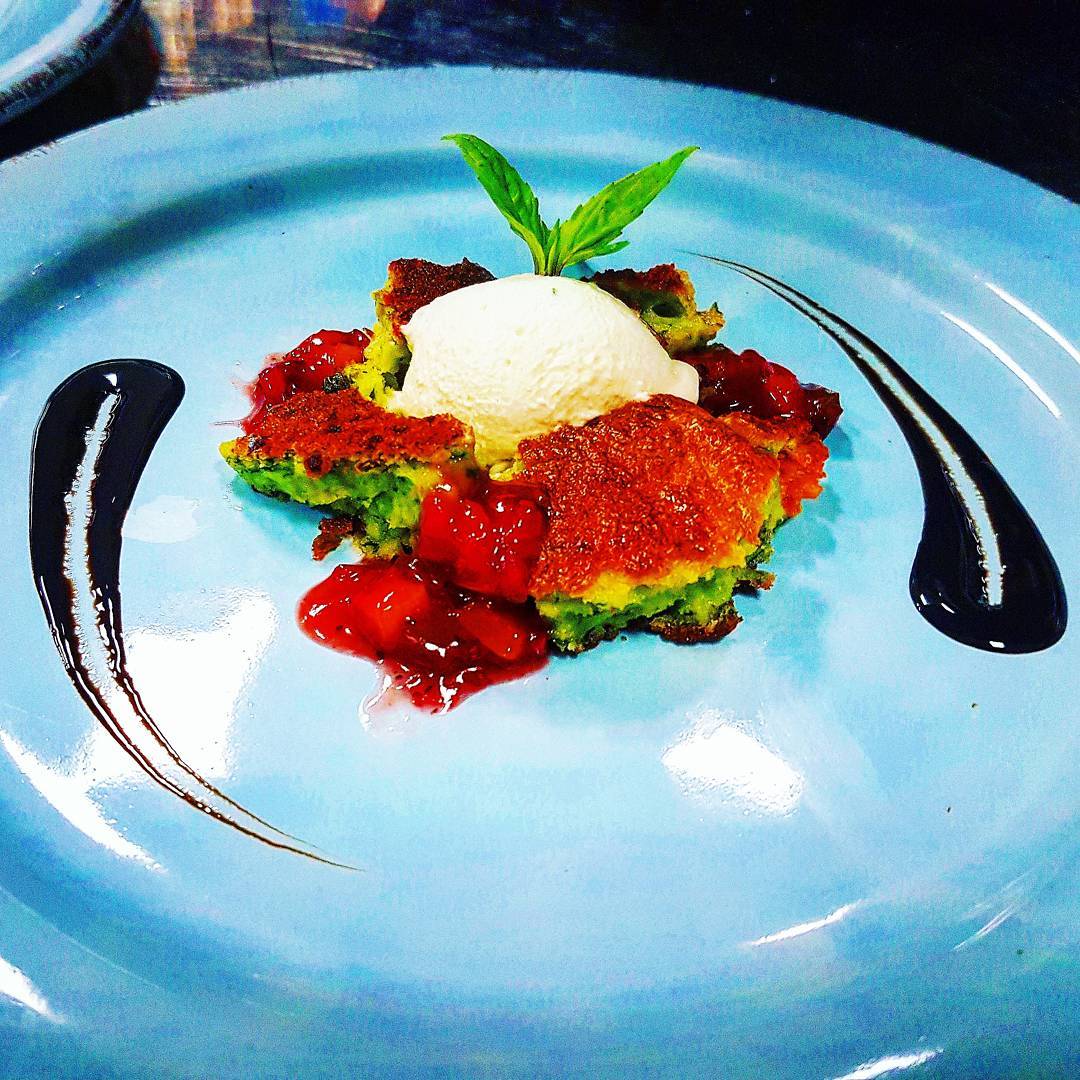 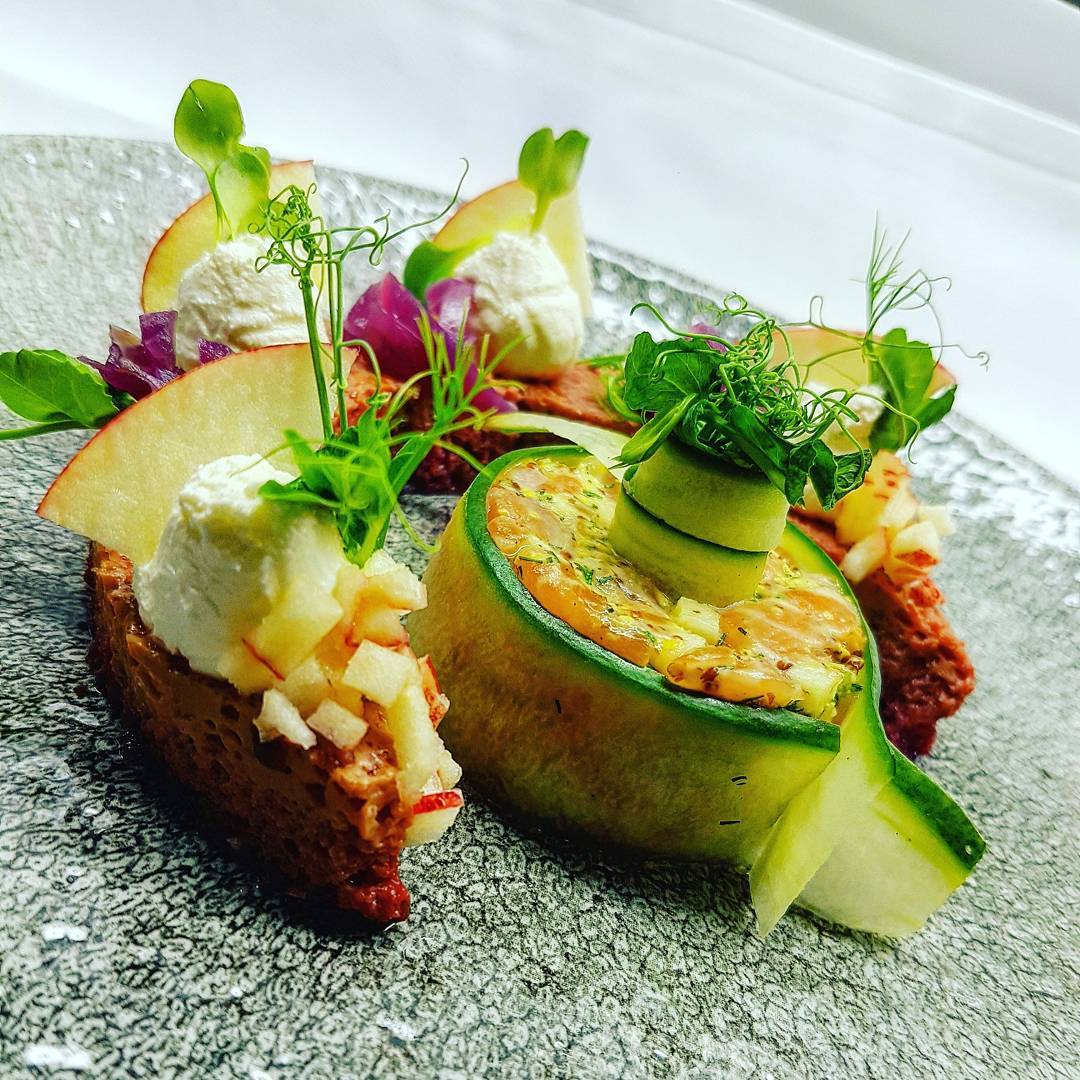 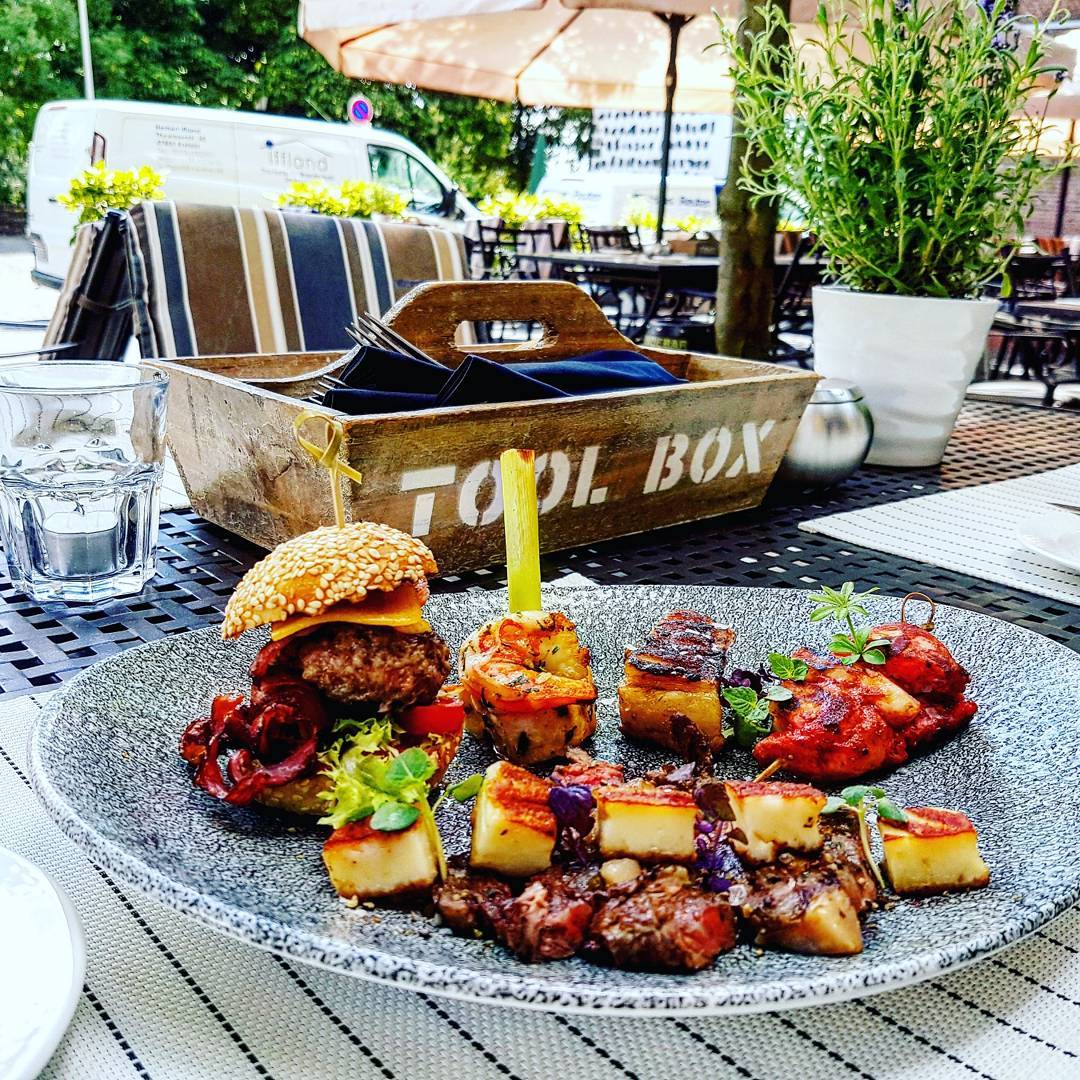 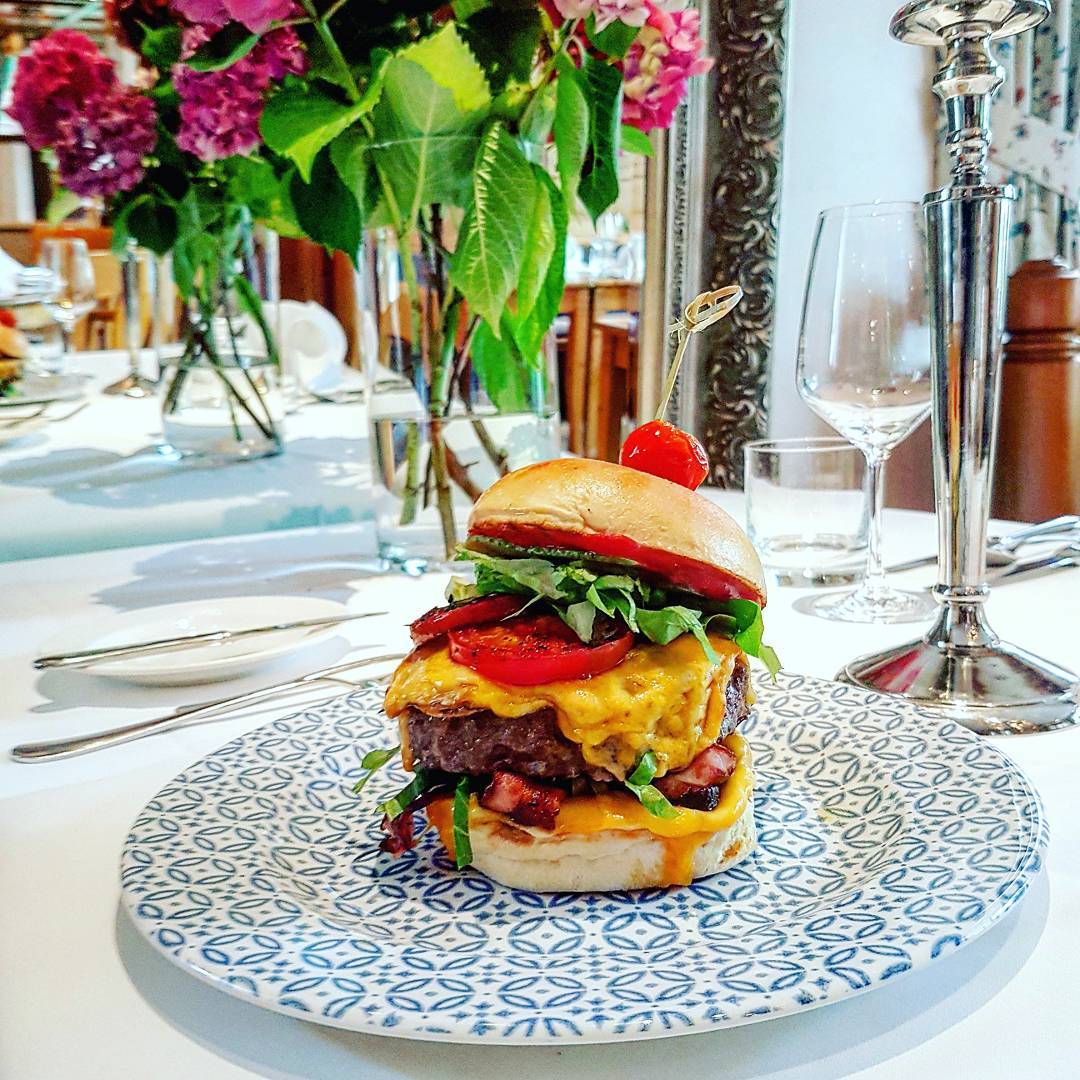 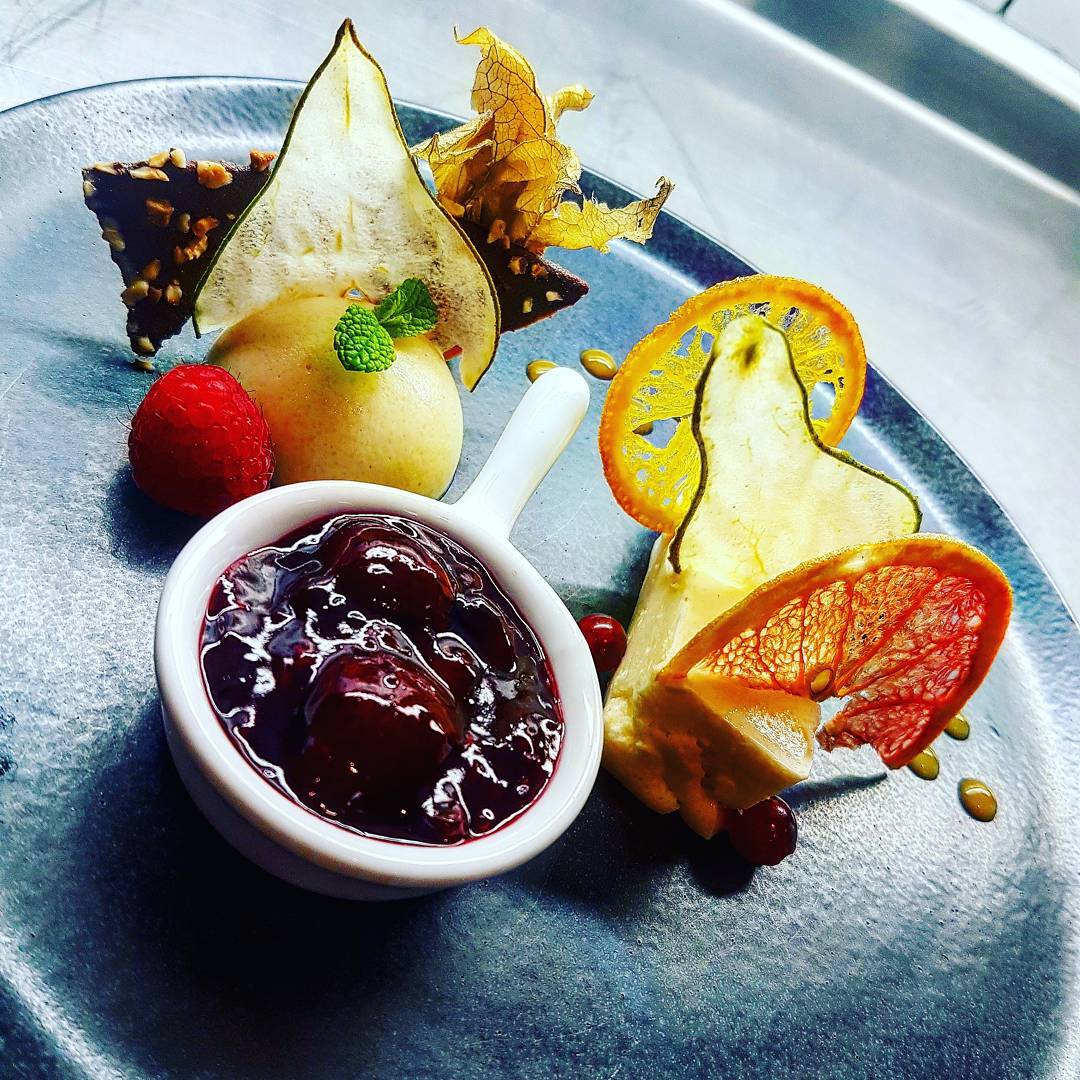 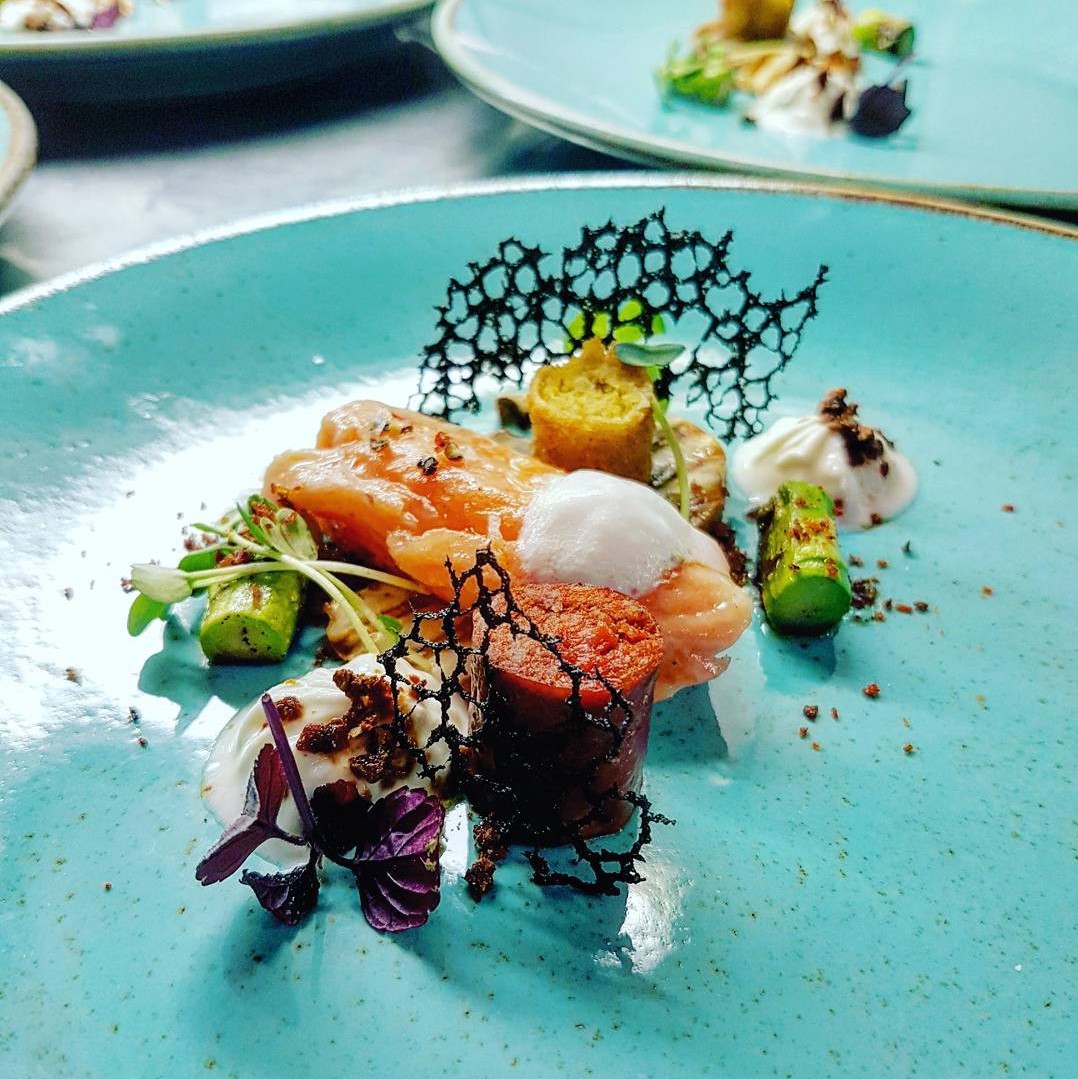 Not only the town but also the hotel has a long and impressive history. There has been an inn here since at least 1842, and later the Hahn family turned the tavern into a local gastronomic attraction. In the "Volksgarten", only a few metres away from the River Rhine, it was possible to eat in style even 100 years ago, supplied with Lower Rhineland specialities, with fresh shellfish (brought by boat up the Rhine) and of course dark beer. The tradition continues to this day, even though in 1997 Marion and Bart Allard decided to build a new hotel instead of the previous building which had collapsed after a fire. The new building tastefully maintains the old architectural style. 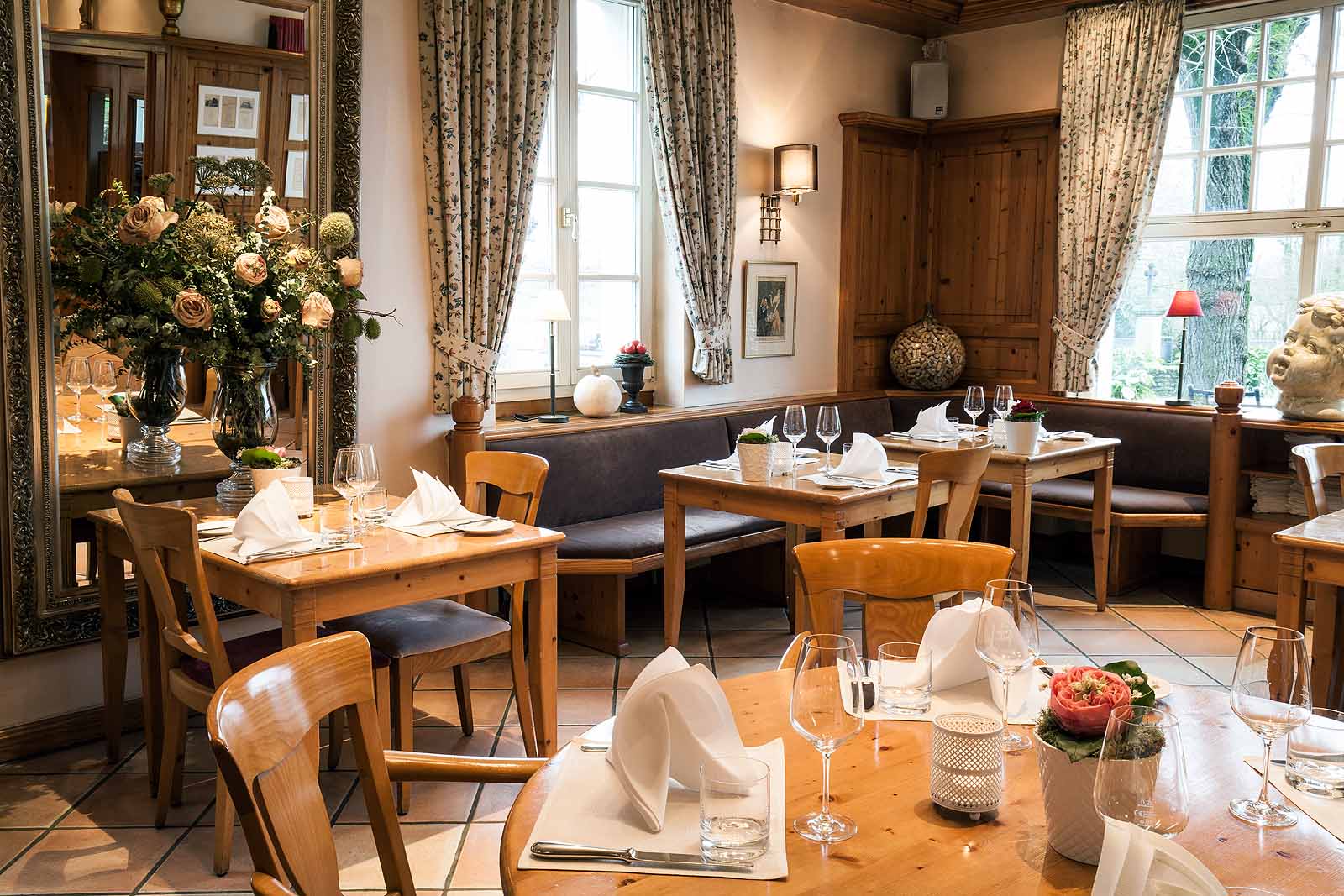 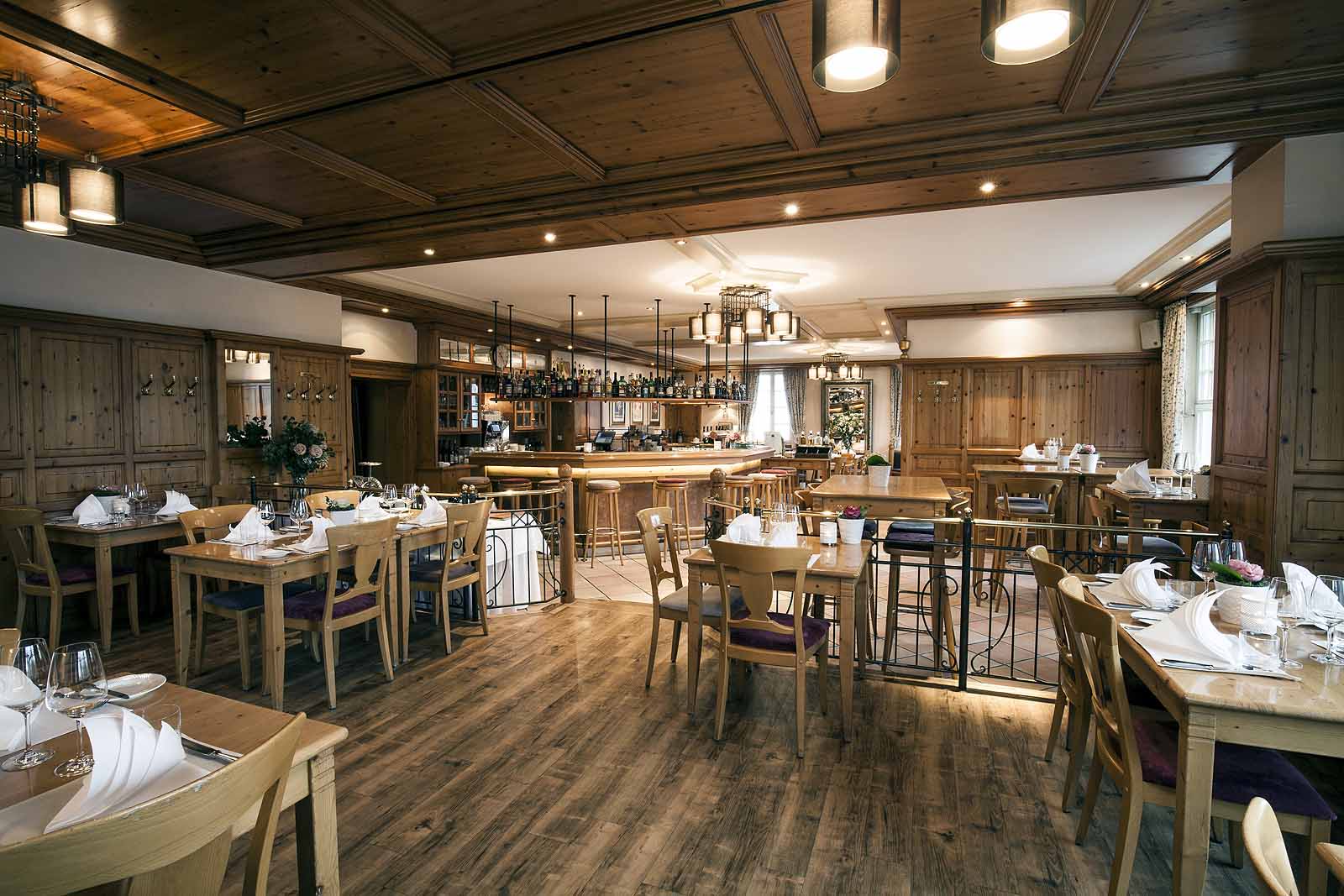 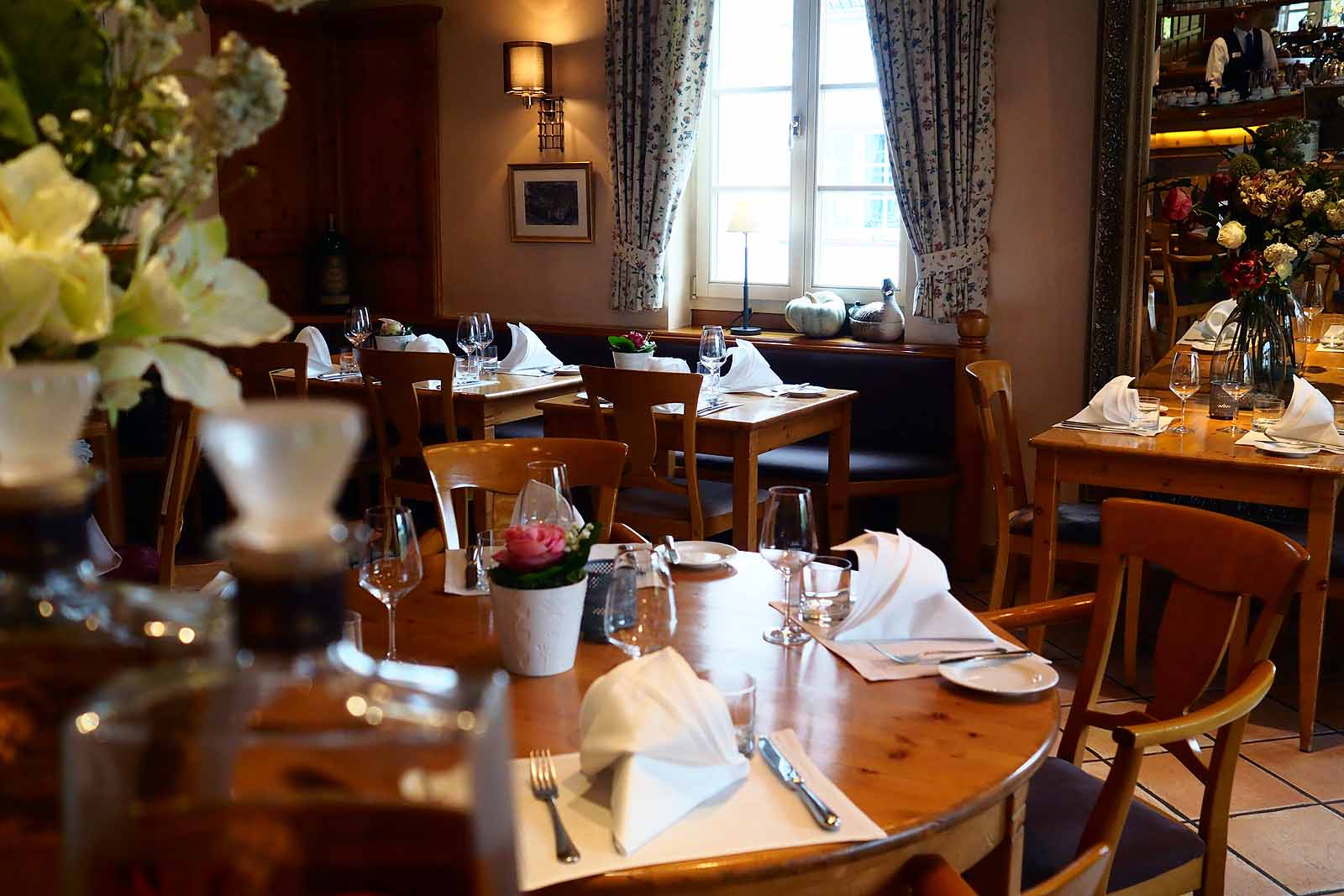 Marion and Bart Allard – Bart from the Netherlands and Marion born and bred in Zons – believe in the importance of keeping the original style of the restaurant, including its culinary tradition. They want everyone to feel at ease in the restaurant or on the idyllic terrace at the front: cyclists ordering refreshments, gourmets or wine connoisseurs who will discover a wide range of open and bottled wines on the extensive wine list. The restaurant serves light regional, seasonal and international treats, delicacies "from Granny's kitchen". Two of the kitchen's guiding principles are fresh produce and simple preparation. We recommend booking early.