The history of Hotel Schloss Friedestrom

The history of the hotel in Zons

The Hahn restaurant and beer garden (Rheintor 235) 1906. In 1903 the owner, Johann Hahn, created a "bee home" left of the restaurant building – seen here still in its original state with small windows and arched dormers – where visitors could view bee skeps (the house was the local pub for the bee breeding association founded in 1895, and Johann Hahn was a long-serving association chairman). The entrance to the "Volksgarten", created in the same year, is visible at the far right. This was previously the site of a coal depot. The building was constructed in 1829 by Heinrich Schneider, of whom nothing else is known. On 28.06.1832 the building went to the Widow Lambert Mohr in Monheim through a partition deed. The house of the Schoenen family to the right, which still exists today and in which the dialect poet Hans Sürtenich grew up from the age of four, was only a few years old at the time of the photo. 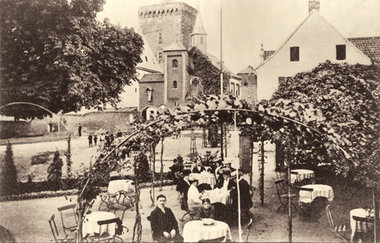 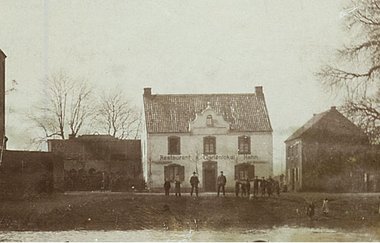 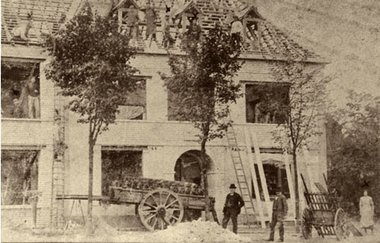 The inn has existed since at least 1842. On 16th February of that year, Johannes Bollig (who was apparently a relative of the mother of Johann Hahn, Margarethe, nee Bollig) purchased the building from the Widow Mohr. He is mentioned in an address book of 1844 as a coal merchant, innkeeper and brewer. A deed of purchase of 11.07.1855 transferred the restaurant to the ownership of Johann Hahn. Bollig appears to have continued to run the business because he is still mentioned in an address book of 1871. A deed of board and lodging of 1860, in which property belonging to Johann Bollig was transferred to Johann Hahn, confirms the close social relationship between the two. The Widow Johann Hahn (Margarethe) is named as the owner in 1879 and again in 1896. After her death (around 1900) her son, the aforementioned Johann Hahn, became the owner. 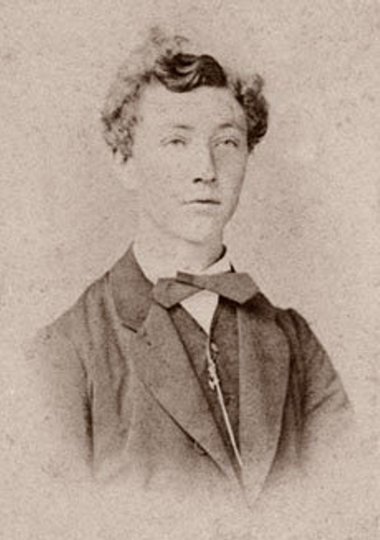 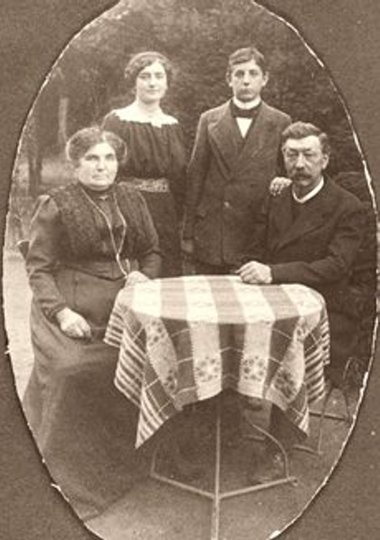 The "coal depot", which was latterly in the ownership of the Hahn family and had been since at least the 18th century, was turned into the "Volksgarten" in 1903, which then gave its name to the restaurant. The seating accommodation with the idyllic view was used not only by the stream of tourists, which increased noticeably after the turn of the century but also, for example, by the men of the town who gathered here after Sunday mass for a pre-lunch drink. The photo dates from 1905. From August 1927 for a number of years, Hahn operated a filling station at the restaurant directly on the Parkstrasse, consisting of a single petrol pump and belonging to the chain "Olex-Deutsche Petroleum- und Verkaufsgesellschaft m.b.H.". When Hahn died at the start of the 1930s the restaurant was left to his son Willi.